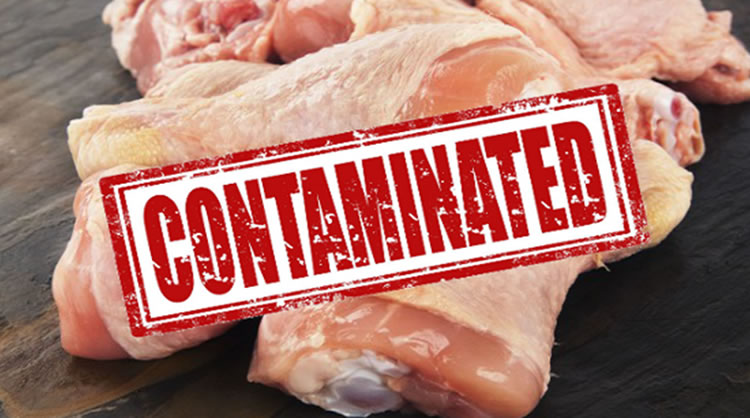 Blog2 Comments on The Next Phase in Real Time: Food Contamination (A Side)

As the coronavirus pandemic continues to linger on, stories are starting to break out in the news about new infections. News have been surfacing over the past few weeks about particular food items across the world being contaminated with primarily salmonella and listeria. While this is nothing that is completely out of the ordinary, there is a reason why these cases are starting to come up during this time. Before we unravel the reason behind this, let’s look at some of the major cases so far to get a full scope of this issue.

Listeria:
Listeria is an infection which is caused by eating food contaminated with the bacterium Listeria monocytogenes. Anyone who eats any products contaminated with Listeria have to monitor themselves for symptoms for an extended period of time because it can take up to 70 days after exposure to Listeria for symptoms of listeriosis to develop.
The symptoms can range from a high fever, severe headache, nausea, vomiting, neck stiffness, abdominal pains, muscle aches, and diarrhea. The infection targets pregnant women and their newborn children, older adults who are aged 65 or older, and people with weakened immune systems. Listeria could cause pregnant women to have a miscarriage or for their child to be stillborn if they were to be infected. Although infected pregnant women may experience only mild, flu-like symptoms, their infections can lead to premature delivery, infection of the newborn or even stillbirth.
Here is a timeline just within the past month of cases of listeria contamination of food products across North America.
On August 10th, the Food Safety and Inspection Service issued a public health safety chart for four sausage products made by Bluegrass Provisions Company due to fear of the products being contaminated with listeria. The four products were Bluegrass Mettwurst, Walnut Creek Foods Smoked Sausage, Lidl Smoked Bratwurst, and Lidl Smoked Bratwurst with Cheese. The items were shipped to distributors as well as retailer locations in Kentucky, Ohio, Virginia, and North Carolina.
On August 12th, it was reported that the FDA had made a voluntary recall by Freshouse II LLC due to a possible listeria contamination of certain food products. Freshouse supposedly “found” listeria on a piece of equipment in their factories during an inspection. This prompted Freshouse to recall certain products which were lemons, limes, oranges and potatoes. They were shipped to retail distribution centers in the states of North and South Carolina, Pennsylvania, and Virginia as well as to wholesalers in Maryland and North Carolina. The specific products which were said to be contaminated were Freshouse limes, Nature’s Promise Organic limes, Fresh from the Start red potatoes and lemons, Wegmans lemons and California Valencia oranges.
On August 19th, it was reported in Quebec that the National Herring Import Company Ltd. recalled their product LA Boucanerie smoked trout spread due to suspicion of possible contamination. National Herring agreed with the MAPAQ and the Food Inspection Division of the City of Montreal to release a notice as a precautionary measure. As of to date, there have been no illnesses associated with the product.
On August 24th, in Canada, G. Brandt Meat Packers recalled Brandt mini spicy cheese sausage products due to fear of possible contamination from listeria after an inspection by the Canadian Food Inspection Agency. The product was distributed in Ontario, Quebec and Saskatchewan. No illnesses have been reported in connection with the contaminated products as of yet.
Considering that it could take 70 days for symptoms from listeria to occur, there could be hundreds if not a few thousand people at the moment who have the bacteria lying dormant within their body; ready to develop into a virus which could attack them seemingly out of nowhere.

Discovery from COVID-19 Study:
A report recently came out on August 24th which revealed that COVID-19 has been found to be able to survive on frozen meat and frozen fish for up to three weeks. This was found during a study conducted in Singapore where they placed samples of the virus on cubes of salmon, chicken, and pork and placing them in freezing temperatures for three weeks. They found the virus was still present on the meats after three weeks had passed. The study detailed that an infected food handler has the potential to become the origin point of a new outbreak from infected food. This just goes to show you that they are experimenting with the different ways that the virus can spread; primarily through the food. It shows that they are targeting the food and are finding ways to make the virus stick onto food which will cause the outbreak from food contaminated by COVID-19. It is unlikely that the virus can be contracted from meats that can be cooked such as steaks or chicken since the high heat would kill the virus. I would surmise that they would target meats which are raw or are not meant to be cooked such as fermented crab, cooked shrimp, sushi, canned chicken and possibly beef jerky. These are all easy ways to get people sick from meats but just not in the way in which most people believe. If this study is not a clear sign that they are targeting the food then I don’t know what is. It is a clear foretelling sign of the coming outbreak of food contamination.

Final Notes:
As COVID-19 cases begin to increase again worldwide, we will soon be catapulted into a second wave of the mutated coronavirus strain which will affect the entire world. Not only will our physical health be targeted but our minds will be their greatest target. When the possibilty of having food and water is questioned, it truly brings out desperation. When people get desperate, they lash out to survive. People went beserk in grocery stores over toilet paper. Imagine what they will do when meat and seafood becomes scarce. Lets take this time to prepare ourselves spiritually and mentally for the second wave. We can have as much food and water saved as we can but if our minds and our spirit are not strengthened to take on the trauma to come, that food and water will not do us any good because we’d be consumed spiritually before we could even use up all of our food in storage. Lets move forward together to stay strong. Eternal Praises, Glory, and Honors go to the Most High Yahweh Elohim and Son Yahweh Ben Yahweh. May the Most High Yahweh Elohim and Son Yahweh Ben Yahweh guide us all through these last days. Barakatha.

2 Replies to “The Next Phase in Real Time: Food Contamination (A Side)”